Love Letter is a deduction card game with just enough luck to give everyone a chance of winning even when younger kids are playing alongside adults or older siblings.

Although the game is listed for age 10+, we’ve been playing Love Letter with N since he was 5 and he loves it. It’s not a particularly complex game, all that is really required is being able to read some minimal card text and even then we get by with repeatedly mentioning what each card does and N has mostly memorized them.

I had thought the theme would be unappealing – there’s a story about trying to get love letters delivered to the Princess – but to be honest we just skipped that. I know N would much rather have the Batman Love Letter version but it appears to be out of print and some of the images are a bit risque for younger kids (see HarleyQuinn for example). There’s so many inspiring custom versions on Board Game Geek though that I’m considering making one for Christmas if I can’t find a published version we like.

The game consists of a deck of 16 cards featuring different characters from the Royal Palace numbered 1-8. There are five ‘Guard’ cards (number 1), pairs of cards numbered 2-5, but only one of each of the higher numbered characters such as the Countess (7) or King (6).

In a 3+ player game, one card is removed from the game face down at the start of the game. Players are then dealt one starting card. In turn they draw a card to their hand and decide which of the two to discard face up in front of them.

When cards are discarded their special features are ‘activated’, compelling the player to complete the action named on the card even if it’s bad for them. For example, discarding the ‘Guard’ (number 1), allows you to guess what another player has in their hand. If you guess correctly they are out of the round. Discarding the Prince (5) forces a player of your choice (or yourself) to discard their card and draw another one, while the King (6) forces a trade of your remaining card with a player of your choice. The Princess is the highest card (8) but if you are ever forced to discard her you’re out of the round.

Play continues until all cards in the deck have been used up or there is only one person left in the round. The winner of the round is the last player left standing holding the highest numbered card. But as there is a finite number of cards in play, and discarded cards are left face up, other players can work out what you potentially have and call you on it.

Now N, who is nearly 6, can’t quite keep track of all the cards but he has begun to occasionally deduce what others might have based on what they put down. If they were characters from Batman I’m sure he’d work out all of them no problem though!

The game is played over multiple rounds with the winner of each round receiving a token of affection (small cube). In a 3 player game, first to 5 tokens wins. In a 2 player game it’s 7 tokens. Personally I’m not a great fan of the 2 player game as three cards are removed from the starting deck making it feel more like guessing rather than deduction. But I do occasionally play a few rounds with N to help him reaquaint himself with the game before we later go on to play it as a family. It’s far more fun trying to knock out lots of other players in 3 or 4 player game anyway.

One of the best things about playing Love Letter with younger primary school aged kids is that there are multiple quick rounds so plenty of opportunity for everyone to win. This means losing a round here or there is not such a big deal. In Love Letter even when knocked out it’s fun to watch who wins the round and the time waiting is well under a minute. Learning to enjoy a game even when losing is a big emotional milestone for kids and it takes time and practice to develop. You can’t go wrong with games with multiple quick rounds like Love Letter for developing this particular skill (see Too Many Monkeys for a similar point).

Love Letter is also great because it introduces deductive reasoning (a useful skill to develop for other future games). But there is still enough luck from the draw and random card guessing to limit the game becoming overly cerebral and prevents older, wiser players always getting the upper hand when playing with younger kids.

Consisting of only a deck of cards and a bag of tokens, it’s also super portable. It is our game of choice for the travel bag this summer holiday. And no doubt the adults will probably get a few rounds in after the kids have gone to bed too. The only down side is that it’s limited to 2-4 players but there’s lots of room for N to grow into this game as his deductive reasoning develops further so I really see Love Letter being a game we will keep coming back to over the coming years. 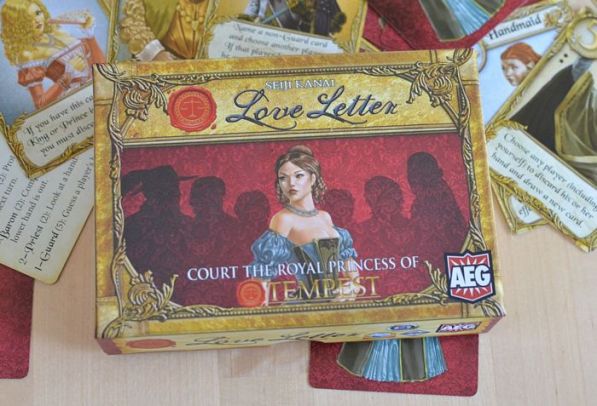 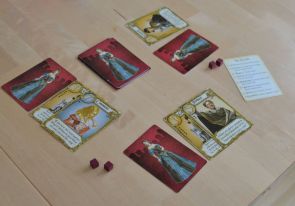 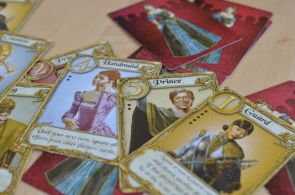 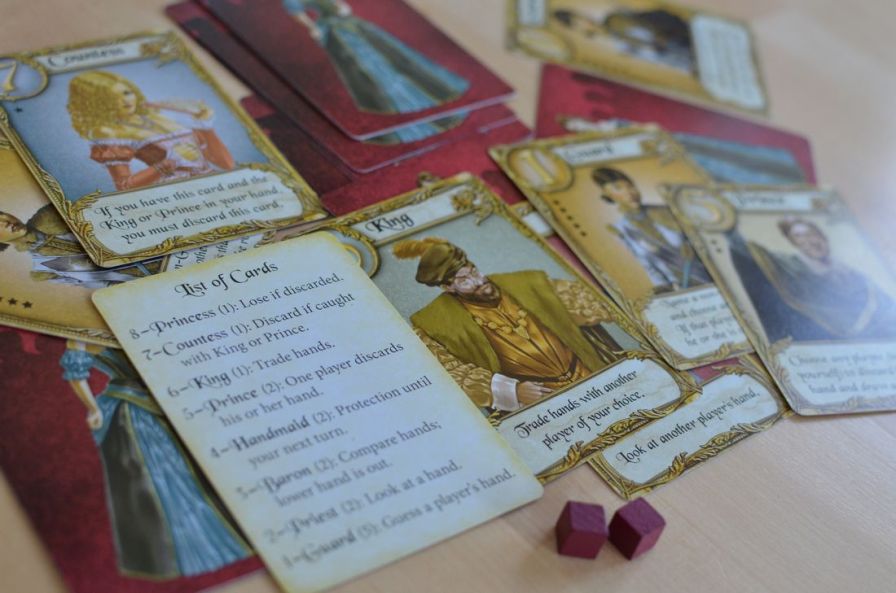