N has been asking to play Lengendary for years. It sits tantalisingly on top of our bookshelf, a large game box covered in Marvel superheroes. Now he’s become more adept at games such as Dragonwood and Forbidden Island, we have finally relented.

Legendary is a deck building cooperative game where you recruit Marvel heroes to fight an ultimate villain and his henchmen. The game is tense, with some really challenging villains and makes a great weekend family game when there’s the time to enjoy it. But some of the card illustrations, true to comic book style, might be a bit extreme for younger kids.

This review covers the original Legendary: a Marvel deck building game. There’s quite an extensive set of rules to learn which can take some reading but once you’re playing it makes sense and is easy to follow. Basically, each player has their own deck that they build throughout the game, using it to repeatedly attack the Mastermind until he has been defeated four times. Each turn players play a hand of 6 cards from their deck. They total the attack or recruitment points from their hand and use it to attack the Mastermind, defeat the lesser villains rampaging through the city, or “recruit” heroes to their deck.

At the start of each turn a new villain gets added to the city, which shuffles the villains along a space. If they get pushed past the 5th space the villain has escaped and players must suffer the consequences (everything from losing a hero card to picking up a ‘wound’ card that serves as a useless card in your deck). So there’s cumulating pressure to fight the lesser villains in the city and not just concentrate on building an awesome deck.

There are four Masterminds to choose from for each game (Red Skull, Doctor Doom, Loki and Magneto), each requiring different attack points to defeat them. Each Mastermind has different powers that are triggered by “masterstrike” cards shuffled into the villain deck. As you draw a new villain to add to the city you run the risk of drawing a masterstrike card that can deal a heavy blow to your chances of winning. Similarly, there is also a number of ‘scheme twist’ cards that are shuffled into the villain deck that cause further chaos when revealed.

As for the heroes, for each game you can choose 5 out of the 15 available (Wolverine, Hulk, Spiderman, Storm, Thor, Gambit, Cyclops, Emma Frost, Rogue, Nick Fury, Ironman, Hawkeye, Captaim America, Black Widow, Deadpool.) You need to recruit them in order to build your hand’s attack points so you can fight the Mastermind. Each hero has different attack or recuitment values, and special powers, some of which are triggered depending on what other heroes appear in your hand. All these elements amount to lots of variations in how you might want to build your deck and use the attack or recruitment points each turn.

Although the game is cooperative in that everyone is working to defeat the Mastermind, at the end of the game points are also awarded to individual players for number of villains defeated and bystanders saved, so there is also a small competitive element.

There are of course expansions to buy that can add new heroes and masterminds to the mix and subtly change game play. We are not at that stage yet because N is still enjoying playing through the combinations of heroes/villains we have, but it’s worth knowing that it is possible to pick up expansions that can include other favourite characters.

Legendary is one our own adult collection games, so of course we enjoy playing it. But the key question is ‘is it suitable for younger kids?’ The game is long, averaging out at a good 50 minutes including set up and pack away, so it’s suitable only for the keenest of younger players and when you have the time to enjoy it. But my initial reluctance to introduce the game was less about whether N was capable of playing and more about the nature of the illustrations. Three of the cards are particularly scary for kids (Venom and Red Skull) and Red Skull is not easily removed from the game because it’s the Mastermind recommended for your first, introductory game.

I’m also not keen on the pneumatic representation of the female characters, in particular the under-dressed Emma Frost which we have subsequently removed from play. Yes it’s true to traditional comic book illustrations, but comic book portrayals of women have also moved on considerably, so it’s not something I particularly want to introduce to my son’s generation. This is 2019 afterall! We’ve had the same issue with some female superheros in top trump cards and is a key reason I printed my own Batman version of Love Letter rather than track down the original Batman version (I’ll post about that soon). I’ve added the photos of the more problematic Legendary cards so you can see for yourself how your kids might get on with them. If you start taking out too many of the women (Rogue, Storm, etc) it will reduce the number of heros you can choose from for each game so you have to decide how much of an issue it is. Shield Officer cards can’t be removed though. To be honest, I can live with the others, but I know some families may not want to include them.

Kids do need to be able to read to get the most out of the game so they can understand what’s in their hand and decide which villains to attack. But because it’s cooperative you can help read the cards if necessary. However, it’s a good idea to play simpler games such as Dragonwood first, that introduce the idea of deck building and using cards in battle. Kids competent with this type of game play should have no problem moving on to the likes of Legendary. But eventhough N is loving Legendary, my recommendation more generally is 7+ because of the slightly scarier artwork. In addition, you’ve really got to be a Marvel fan to get the most out of the game – the real appeal for N is the immersion into the Marvel universe that comes from playing. For most younger kids a lighter cooperative that doesn’t last as long, such as Forbidden Island, would be a better option. That being said, we are enjoying having time to revisit and share our own games now that N can join in too. It makes me wonder if N might soon be interested in Pandemic 😉. 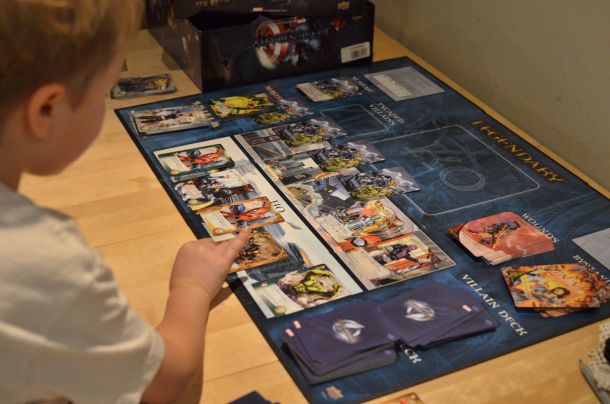 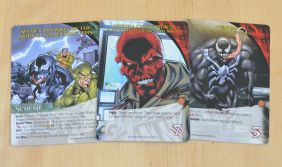 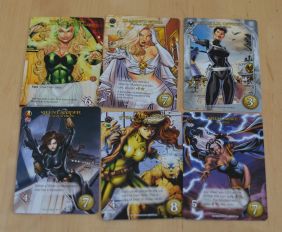 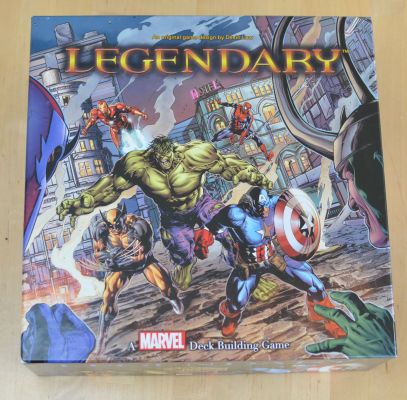 Who wouldn't want to be these go getting women?! We are loving Ghostbusters: Protect the Barrier right now. We are big Ghostbusters fans but this isn't just a movie spin off board game without substance. If the components look familiar it's because it's an adaption of the popular Ghost Fighting Treasure Hunters. But from what I can gather it adds the unbeatable Rowan figure which creates big chain reaction ghost cascades as he moves through the rooms. Ghostbusters is a co-operative game where you battle as a team to defeat ghosts and collect paranormal energy device tokens scattered across rooms in order to save the day. It has the ticking clock pressure of many co-ops in the form of dice roll card combos that add ghosts which get bigger and spill into adjacent rooms if you don't deal with them quick enough. It's fun, tense but also reasonably fast to play. We usually get in a couple of games a session and as long as the kids are ok with "ghosts" then because you work as a team young kids can easily be incorporated, but to take a lead I'd suggest ages 6+ Plus the components are just great, especially those cute little white ghosts. It's my favourite of the family coop games we own. #ghostbusters #familygamenight #familygames #familytime #boardgamegeek #cooperativegames